Myth: Cushing’s Syndrome/Disease can be healed or cured through change in diet or exercise.

Fact: NO! Caloric intake or lack of exercise has NO impact on weight gain and/ or loss in persons with Cushing’s.

Saying that someone “cheated” on their diet may seem reasonable to some as a reason for weight gain but I assure you that a candy bar or a piece of pie does not make a person with Cushing’s gain weight or get sick. Excess cortisol is the reason for Cushing’s symptoms. Treating the disease is the only way to alleviate symptoms.

The first line of treatment with the highest rate of remission is currently surgery to remove the tumor (s) from the pituitary, adrenal gland, or ectopic source.

This chat had callers and some testimonials for the website and Mary O’Connor (MaryO). Ideas were discussed for setting up non-profit status for this website. 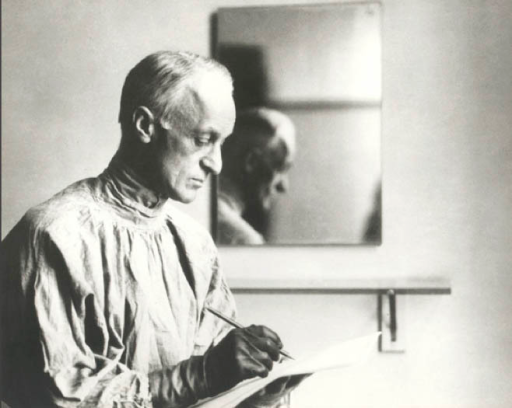 Harvey Cushing (April 8, 1869 – October 7, 1939) is considered to be the father of modern neurological surgery. In the early part of the 20th century, he developed basic techniques and instruments for operating on the brain and, as a result, founded the discipline as a distinct surgical speciality.

Cushing’s name is commonly associated with his most famous discovery, Cushing’s disease. In 1912 he reported in a study an endocrinological syndrome caused by a malfunction of the pituitary gland which he termed “polyglandular syndrome.” He published his findings in 1932 as “The Basophil Adenomas of the Pituitary Body and Their Clinical Manifestations: pituitary Basophilism”.

Before Cushing began his career, brain tumours were considered to be inoperable, and the mortality rate for any surgical procedure which involved opening the skull was around 90%. Early in his career, Cushing dramatically reduced the mortality rate for neurosurgery to less than 10%, and by the time of his retirement in 1937, he had successfully removed more than 2,000 tumours.

Dr. Cushing was born in Cleveland Ohio. The fourth generation in his family to become a physician, he showed great promise at Harvard Medical School and in his residency at Johns Hopkins Hospital (1896 to 1900), where he learned cerebral surgery under William S. Halsted

After studying a year in Europe, he introduced the blood pressure sphygmomanometer to the U.S.A. He began a surgical practice in Baltimore while teaching at Johns Hopkins Hospital (1901 to 1911), and gained a national reputation for operations such as the removal of brain tumors. From 1912 until 1932 he was a professor of surgery at Harvard Medical School and surgeon in chief at Peter Bent Brigham Hospital in Boston, with time off during World War I to perform surgery for the U.S. forces in France; out of this experience came his major paper on wartime brain injuries (1918). In addition to his pioneering work in performing and teaching brain surgery, he was the reigning expert on the pituitary gland since his 1912 publication on the subject; later he discovered the condition of the pituitary now known as “Cushing’s disease“.

Today, April 8th, is Cushing’s Awareness Day. Please wear your Cushing’s ribbons, t-shirts, awareness bracelets or Cushing’s colors (blue and yellow) and hand out Robin’s wonderful Awareness Cards to get a discussion going with anyone who will listen.

I found this biography fascinating!

I found Dr. Cushing’s life to be most interesting. I had previously known of him mainly because his name is associated with a disease I had – Cushing’s. This book doesn’t talk nearly enough about how he came to discover the causes of Cushing’s disease, but I found it to be a valuable resource, anyway.
I was so surprised to learn of all the “firsts” Dr. Cushing brought to medicine and the improvements that came about because of him. Dr. Cushing introduced the blood pressure sphygmomanometer to America, and was a pioneer in the use of X-rays.

He even won a Pulitzer Prize. Not for medicine, but for writing the biography of another Doctor (Sir William Osler).

Before his day, nearly all brain tumor patients died. He was able to get the number down to only 5%, unheard of in the early 1900s.

This is a very good book to read if you want to learn more about this most interesting, influential and innovative brain surgeon.

What Would Harvey Say?

More than 80 years ago renowned neurosurgeon, Dr. Harvey Cushing, discovered a tumor on the pituitary gland as the cause of a serious, hormone disorder that leads to dramatic physical changes in the body in addition to life-threatening health concerns. The discovery was so profound it came to be known as Cushing’s disease. While much has been learned about Cushing’s disease since the 1930s, awareness of this rare pituitary condition is still low and people often struggle for years before finding the right diagnosis.

Read on to meet the man behind the discovery and get his perspective on the present state of Cushing’s disease.

* What would Harvey Cushing say about the time it takes for people with Cushing’s disease to receive an accurate diagnosis?

Despite advances in modern technology, the time to diagnosis for a person with Cushing’s disease is on average six years. This is partly due to the fact that symptoms, which may include facial rounding, thin skin and easy bruising, excess body and facial hair and central obesity, can be easily mistaken for other conditions. Further awareness of the disease is needed as early diagnosis has the potential to lead to a more favorable outcome for people with the condition.

* What would Harvey Cushing say about the advances made in how the disease is diagnosed?

Significant progress has been made as several options are now available for physicians to use in diagnosing Cushing’s disease.

In addition to routine blood work and urine testing, health care professionals are now also able to test for biochemical markers – molecules that are found in certain parts of the body including blood and urine and can help to identify the presence of a disease or condition.

* What would Harvey Cushing say about disease management for those with Cushing’s disease today?

Patients now have choices but more research is still needed.

* What would Harvey Cushing say about the importance of ongoing monitoring in patients with Cushing’s disease?

The same tests used in diagnosing Cushing’s disease, along with imaging tests and clinical suspicion, are used to assess patients’ hormone levels and monitor for signs and symptoms of a relapse. Unfortunately, more than a third of patients experience a relapse in the condition so even patients who have been surgically treated require careful long-term follow up.

* What would Harvey Cushing say about Cushing’s disease patient care?

Cushing’s disease is complex and the best approach for patients is a multidisciplinary team of health care professionals working together guiding patient care.