I loved the one that Natalie had and, after her death, I bought the same style as a way to honor her memory.

There’s room for 5 lines on there – not enough for everything but enough to get me through an emergency…and I have had some.

There’s also a line with my info number so when the EMTs call the tollfree number, they can get right to my complete info.

So – what do you have on yours?  Please share!

Charlie is not yet diagnosed with Cushing’s but has many symptoms. He writes, in part, “I understand that Cushing’s Disease is a very difficult disease to diagnose. However, it seems as though we have had to guide doctors through this process over the past year. If I sound bitter and frustrated, it is because I am! I have not been able to work over the past year. Tasks that used to take me several hours to complete now take two days. I can no longer walk the dog. I do not sleep well at night..”

In this video exclusive, Endocrine Today Editorial Board Member Maria Fleseriu, MD, FACE, professor of neurological surgery and professor of medicine in the division of endocrinology, diabetes and clinical nutrition in the School of Medicine at Oregon Health & Science University and director of the OHSU Northwest Pituitary Center, discusses why mild Cushing’s syndrome matters.

In the past mild autonomous Cushing’s has been referred to as “subclinical Cushing’s syndrome.”

“What is subclinical about a patient that has, for example, cardiovascular disease and osteoporosis?” Fleseriu said.

She describes how to screen for and treat mild Cushing’s syndrome in patients with adrenal incidentalomas.

Watch the video for more.  If it doesn’t show up, please click here.

And today, we talk about pink jeeps and ziplines…

How in the world did we get here in a Cushing’s Challenge?  I’m sliding these in because earlier I linked (possibly!) my growth hormone use as a cause of my cancer – and I took the GH due to Cushing’s issues.  Clear?  LOL

I had found out that I had my kidney cancer on Friday, April 28, 2006 and my surgery on May 9, 2006.  I was supposed to go on a Cushie Cruise to Bermuda on May 14, 2006.  My surgeon said that there was no way I could go on that cruise and I could not postpone my surgery until after that cruise.

An especially amusing thread from that cruise is The Adventures of Penelopee Cruise (on the Cushing’s Help message boards).  Someone had brought a UFC jug and decorated her and had her pose around the ship.

Penelopee had a lovely time on Explorer of the Seas which was a five day cruise to Bermuda. She needed something to cheer her up since her brother, Tom, went off the deep end, but that’s another story!

Penelopee wanted to take in all of the sights and sounds of this lovely vessel. Every day she needed to do at least one special thing. Being a Cushie, she didn’t have enough spoons to do too much every day.

On the first day, she went sunning on the Libido deck……she didn’t last too long, only about 10 minutes. Goodness, look at her color! Do you think maybe her ACTH is too high?

Although I missed this trip, I was feeling well enough to go to Sedona, Arizona in August 2006.  I convinced everyone that I was well enough to go off-road in a pink jeep,  DH wanted to report me to my surgeon but I survived without too much pain and posed for the header image.

In 2009, I figured I had “extra years” since I survived cancer and I wanted to do something kinda scary, yet fun. So, somehow, I decided on ziplining. Tom wouldn’t go with me but Michael would so I set this up almost as soon as we booked a Caribbean cruise to replace the Cushie Cruise to Bermuda.

Each person had a harness around their legs with attached pulleys and carabiners. Women had them on their chests as well. In addition, we had leather construction gloves and hard hats.

We climbed to the top of the first platform and were given brief instructions and off we went. Because of the heavy gloves, I couldn’t get any pictures. I had thought that they would take some of us on the hardest line to sell to us later but they didn’t. They also didn’t have cave pictures or T-Shirts. What a missed opportunity!

This was so cool, so much fun. I thought I might be afraid at first but I wasn’t. I just followed instructions and went.

Sometimes they told us to brake. We did that with the right hand, which was always on the upper cable.

After the second line, I must have braked too soon because I stopped before I got to the platform. Michael was headed toward me. The guide on the end of the platform wanted me to do some hand over hand maneuver but I couldn’t figure out what he was saying so he came and got me by wrapping his legs around me and pulling me to the platform.

After that, no more problems with braking!

The next platform was very high – over 70 feet in the air – and the climb up was difficult. It was very hot and the rocks were very uneven. I don’t know that I would have gotten to the next platform if Michael hadn’t cheered me on all the way.

We zipped down the next six lines up to 250-feet between platforms and 85-feet high in the trees, at canopy level. It seemed like it was all over too soon. 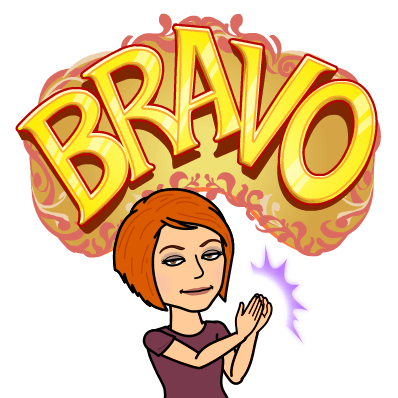