Today is Cushing’s Awareness Day. I had Cushing’s for a very long time before being diagnosed. I was told everything from “diet and exercise” to “have bariatric surgery and take antidepressants”.

Cushing’s has a LONG list of symptoms, including muscle weakness, insomnia, pain, joint problems, bruising, and much, much more. I had it all. No one saw the whole, but just a part, until I found an awesome PCP who said, “Robin, I know it is endocrine, but I don’t know what it is.” She worked with me to help me find someone.

I joined a great support forum at http://www.cushings-help.com and learned about my disease, and found out I thought I probably had Cushing’s. Multiple endocrinologists later, I followed the advice of my (then) new friends (many of whom I’ve met in real life due to the bond we have), and went to a wonderful endocrinologist in Los Angeles, CA. Yes, I traveled across the continent to see him. This was 2006. 10 years later, he is still my endo.

I was diagnosed after many, many, many tests, including urinary free cortisol testing, salivary cortisol testing, and midnight serum cortisol testing in a hospital lab, as well as many other hormones affected by this high cortisol. I had imaging many times with multiple MRI’s. A tumor was found on my pituitary. I had surgery to have it removed in Pittsburgh with a renowned surgeon. Some of the cells were in my cavernous sinuses, so I didn’t get a “cure”. I did have remission for a while. 3 years later, I was rediagnosed after the same testing and, in 2010, had my adrenal glands removed in Wisconsin with an expert to control the high cortisol. Adrenal glands produce cortisol, although the pituitary tells it how much and when to do it. Since my pituitary tumor cells kept telling my adrenals to produce too much cortisol, I had a reoccurrence.

Now, I have to take multiple hormones to live. I am replacing those I now longer produce due to the surgeries and the tumor. I feel blessed to feel as good as I do. Occasionally, my replacements aren’t quite right or I need more, and I get sick. Most of the time they are.

I have attached a recent picture with a picture in 2006, the night before pituitary surgery. You can see the difference.

If you want to know more about Cushing’s, feel free to contact me. I can put you in touch with awesome support groups here on Facebook or you can go to the above-mentioned site. If you feel like you have the symptoms of the disease (you can look them up) and have been dismissed by endocrinologists and other doctors, we can help. Cushing’s kills.

Also, thanks to Mary Kelly O’Connor, who started the Cushing’s Help site and keeps it going!! She is a lifesaver for thousands by doing that. 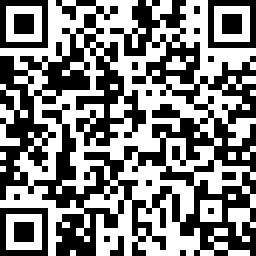