Since I’m posting this on April 21, I had a built-in topic. 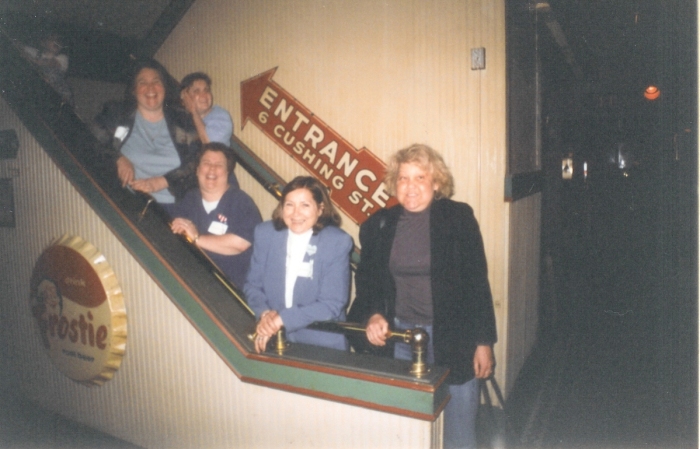 The image above is from our first local meeting, here in Northern VA – note the 6 Cushing St. sign behind us.  Natalie was the Cushie in the middle.

It’s just not right that this disease has been known for so many years, yet doctors still drag their feet diagnosing it and getting people into remission.

Why is it that we have to suffer so much, so long, and still there are so many deaths from Cushing’s or related to Cushing’s symptoms?

I know far too many people, good people, who suffered for many years from this disease that doctors said they didn’t have.  Then they died.  It’s time this stopped!

Speaking of death – what a cheery blog post this is turning out to be.  NOT!  Unfortunately, this seems to be one of the realities of Cushing’s.  Just last week we learned of another Cushie who died. 😦

Tomorrow will be cheerier – watch for it!